The Plant Meat Burger Coming for Your Beef

Can a veggie burger taste like the real thing?

The burger is America’s favorite food, so it’s no wonder vegetarians and vegans have been trying to find a suitable replacement for years. Almost every veggie burger lacks in some department. It’s either too mushy, the wrong color, or it tastes rich and delicious but nothing like the real thing. Maybe plants just can’t be animals.

But maybe they can! My brother told me to try Beyond Meat Burgers. Actually he bought them and left them in my refrigerator. Not being one to let food go to waste, I made them following the pan-frying instructions. I heated a sauté pan to medium high heat and cooked each side for 3 minutes. As the burgers cooked my kitchen was filled with an amazing aroma. I hoped the burgers tasted as delicious as they smelled! I watched the burgers sizzle and leave greasy pools of fat in the pan as the edges of the patties started to turn golden brown and caramelize. When the burger was ready I assembled it the way I like it: on a hamburger bun with tomato, pickle, mustard and ketchup. I took a bite and sent this text message to my brother, “Fucking tasty.”

At this point I should tell you I’m not vegetarian or vegan, but I think the Beyond Meat Burgers can pass as the real thing. So I tried something. I invited friends Tim and Taylor over, asking them to help test a new mobile app I’m working on and in return I would make them dinner. When it came time to have dinner, I prepared the burgers in front of them. I took the Beyond Meat Burgers out of their packaging earlier in the evening. The patties were sitting on a plate next to the stove looking just like bloody, raw beef patties. While dinner was cooking someone said, “It smells really good.” 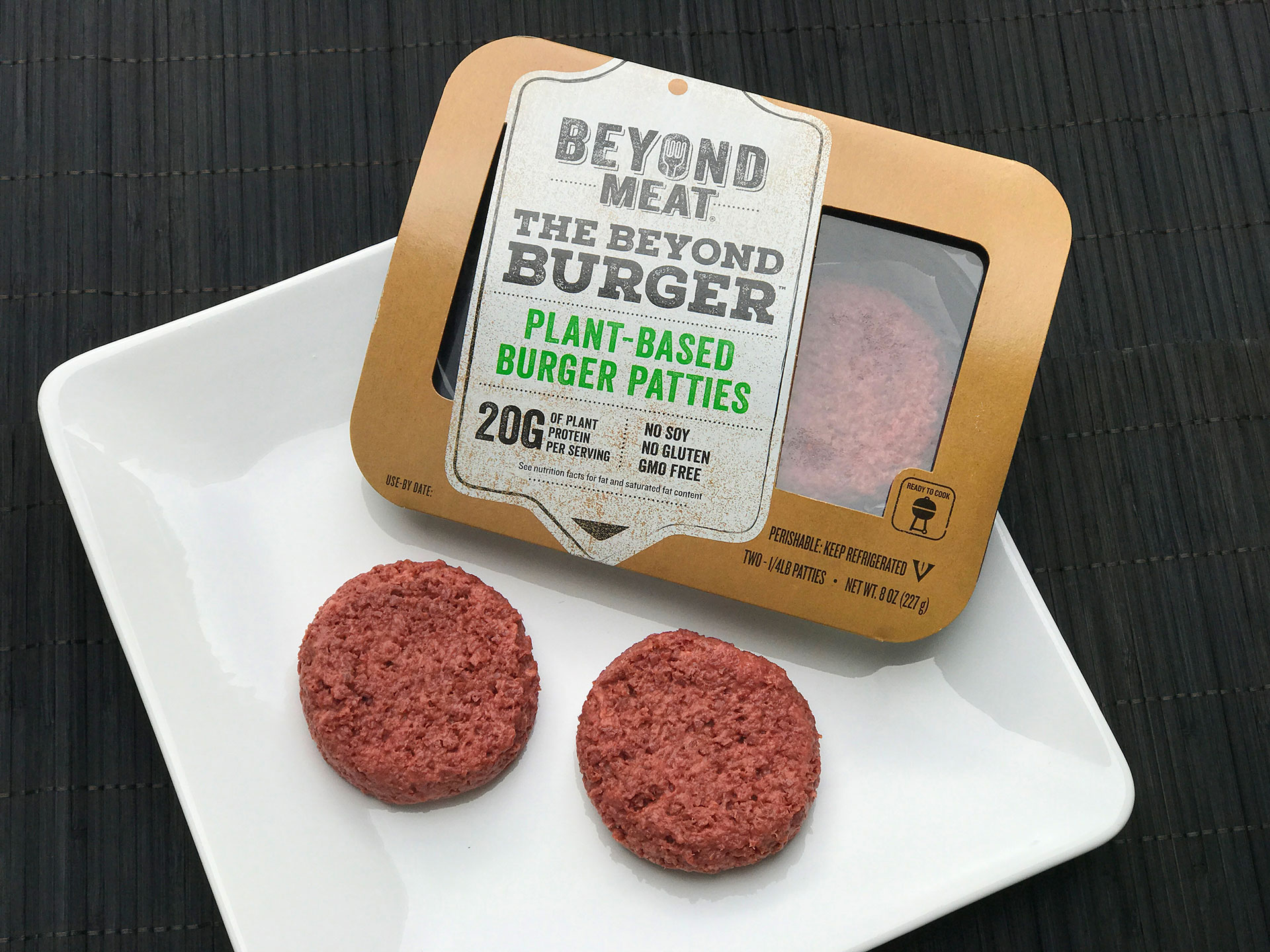 We sat down to eat and after the first bite Tim jokingly asks, “Where did this beef come from?” I responded simply with, “Whole Foods.”  Then he asks, “Is it grass-fed?” We all laugh. I say, “I visited the ranch last week and met the cow.” We take a downward spiral into “Portlandia” references and laugh about how we aren’t really those people, but sometimes it hits a little close to home.

I watch as my friends eat their burgers. I made sure to prepare them well, on a Sparrow brioche roll with dill pickle slices, tomato, lettuce and a slice of real grass-fed cheddar cheese. They added mustard and ketchup to their liking. I get complimented on dinner with the typical thanks. I let the conversation guide to various topics because I don’t want to ask too many questions about the burgers until they are done eating. When my first guest finishes she says, “You can tell I liked the burger, I ate it so fast.” I then spit out, “I have a confession to make!”

I let them know I did my little experiment and it opens up the dialogue for honesty. Taylor, who was a vegetarian for years, said there was something about the color that made her think it was a veggie burger. Tim had the same feedback. He said the pinkness of the burger didn’t have the brown, pink, brown gradient; it was all the same medium-rare color. That being said they thought the burgers were awesome.

So what exactly makes these burgers taste like the real thing? Science! A Stanford University biochemist, Patrick Brown, discovered burgers taste like burgers because of heme, a molecule that makes blood red and meat pink. There is a lot of heme in red meat, but it’s also found in plants. Brown’s team, which works for Impossible Foods, makes plant heme from yeast. The burgers are also made from pea protein and beet juice for color effect.

If you eat meat you might be asking yourself right now, “why would I eat a fake burger?” The answer is simple: your health. Beyond Meat Burgers have more protein than beef, less fat, fewer calories and no cholesterol (based on patties that are 80% lean).

In Bend, you can find Beyond Meat Burgers at Whole Foods—in the meat section. If they are out of stock it could be because I got this message from Taylor the day after our dinner, “Thanks again for having us over last night, so fun! Craaaazy good burgers I want to buy some this week.” 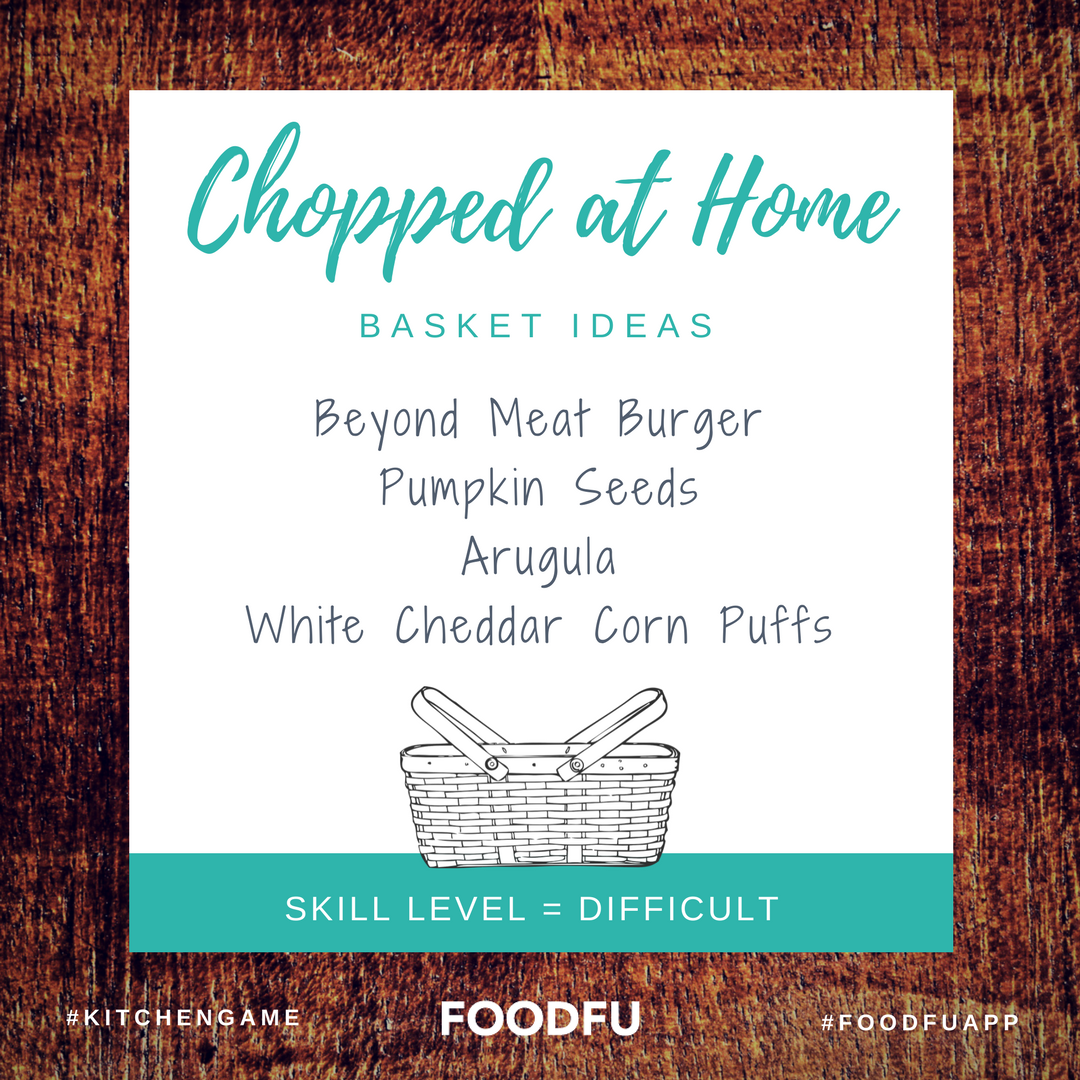 Play Chopped at Home with Beyond Meat Burgers

Instead of inviting friends over to see if you can fool them into thinking Beyond Meat burgers are the real thing, add them to a Chopped basket. You can play Chopped at Home with your friends using our free app, FoodFu Cooking (see instructions here).

What would you put in a Beyond Meat burger Chopped basket? Share in the comments. 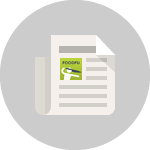